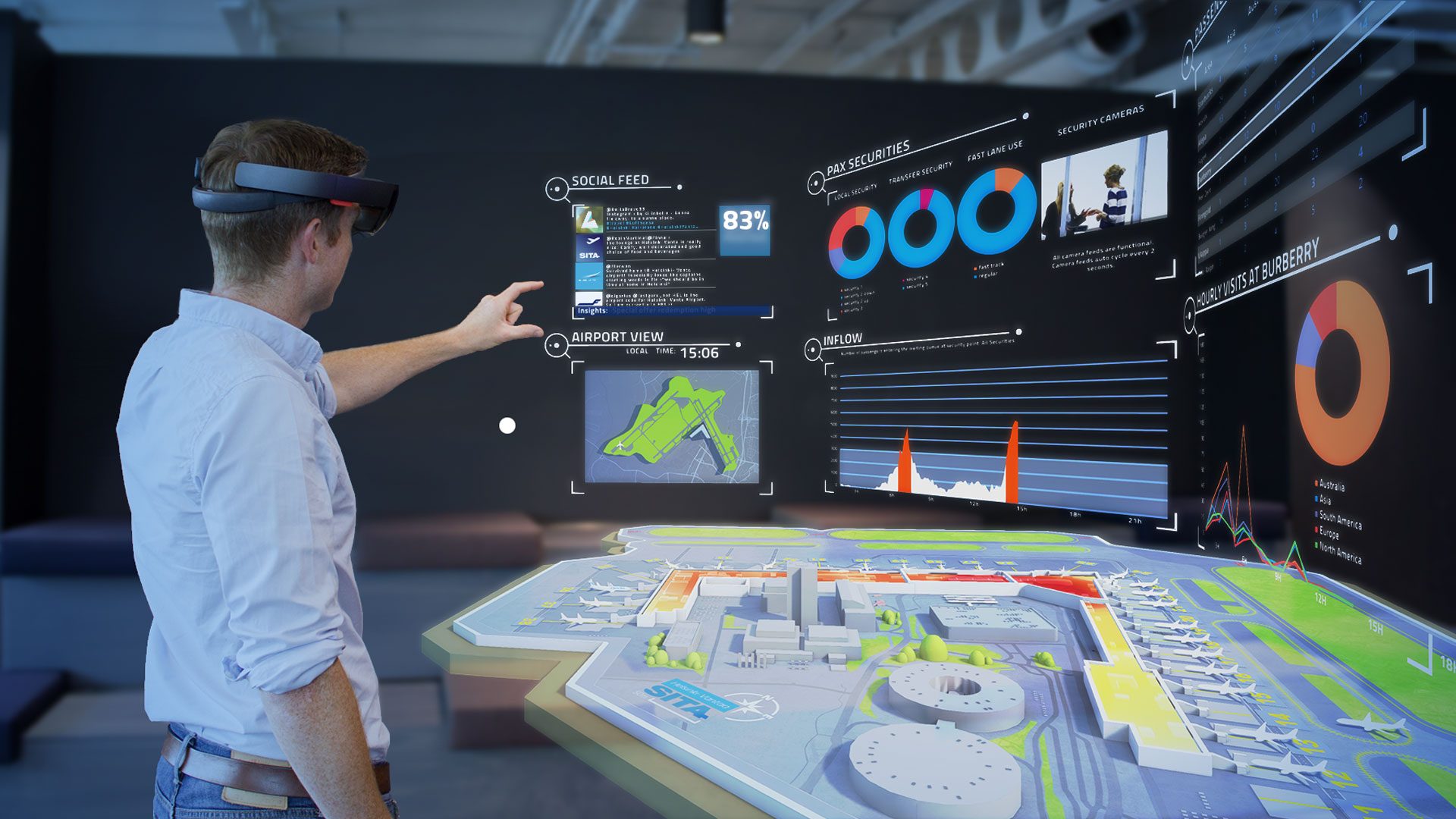 SITA’s Control Bridge product (a market-leading airport command and control system) was re-imagined by Fracture as a 3D holographic interface. This showed dynamic dashboards and rich data overlaid on a 3D map including vehicle and passenger movements. The experience included voiceover and visual guides to lead users around the concept in a choreographed 4-minute long interactive tour that showcased the concept in a style that was both functional and visually stunning. This experience – as with all of Fracture’s event-oriented experiences – also included an initial orientation flow to ease users into the use of the HoloLens itself as a device.

HoloLens Control Bridge was shown to great receptions by our client SITA at major Air Transport industry events throughout 2017 including ATIS, the Paris Air Show and the Beijing Air Show. It has also been used extensively by Microsoft at several marquee events to demonstrate the potential of HoloLens itself and is now installed in their Technology Centre showcases across their Europe HQs. This PoC has successfully moved forward to a Pilot Project. Fracture are currently completing this Pilot test with SITA and a major US airport.

Fracture demonstrated an ability to quickly understand our world of the air transport industry. They managed to interpret the highly complex working environment of international airports and express a clear, intuitive and innovative Mixed Reality solution. The attention to detail, technical and creative excellence of the Fracture team as well as timely delivery were all great!